The construction of High-Speed Rail (HS2) will improve connections across the Midlands and the North, whilst creating thousands of jobs, employing local people and businesses.

We were selected to demolish several structures in Birmingham, which will become the centre of the new transport system in the UK.

High Speed 2 (HS2) is a high-speed railway currently under construction which, when completed, will directly connect London, Birmingham, the East Midlands, Leeds and Manchester.

Phase One of HS2 will open in 2026, while Phase Two is scheduled for 2033, and high-speed trains will travel up to 360 km/h on approx. 530 km of track. HS2 will be the second high-speed rail line in Britain, the first being High Speed 1 (HS1), which connects London to the Channel Tunnel, commissioned in the mid-2000s. 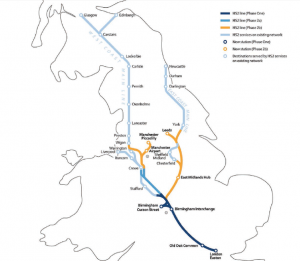 HS2 route – improving connections across the Midlands and the North

Total Reclaims Demolition (TRD) were selected by LM following a stringent vetting process to demolish several structures in Birmingham, as part of the enabling works in the city for the new high-speed line.

We ensured that all stringent HS2 controls, policies and safeguards were implemented throughout the works, protecting the adjacent River Tame and culvert and surrounding environment.

The project commenced in July 2018 and was completed within twelve weeks.

Secured Project #2 – Demolition of the former Heartlands Park / Washwood Heath
Heartlands Park is a complex site with varying types of steel framed and traditional brick structures with many environmental and ecological issues. The site sits adjacent to sensitive receptors including a school, residential and industrial facilities and required a scrupulous design stage working group headed by our Contracts Director, Demolition Site Manager, Community Liaison Officer and Internal Demolition Engineers to meet and exceed the requirements of the surrounding environment and set HS2 controls, policies and safeguards. 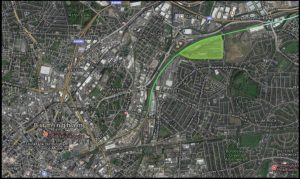 The site works began in October 2018 and are now complete. Works include hand works to assist with ecological inspections, mechanical demolition and the recycling of demolished arisings including crushing of inert materials for reuse within the overall HS2 scheme.